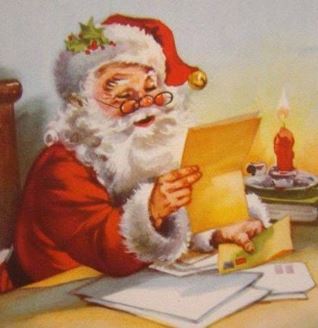 from the Children of Perth, Ontario

We’ve all written them.  Letters to Santa Claus.  Whether we lived out in the country, on the Third Line, like us, or whether we lived in the town of Perth.  We all sat down with a sheet of paper, and a pencil or pen, and asked for that special toy that we dreamed of finding under the tree, on Christmas Day.

“The Perth Courier” began to publish these letters to Santa, and for many years we could sit back on Thursday morning, when the paper was delivered to our rural mailbox at the end of our lane, and read some of these letters, and discover what the local children were hoping to receive, from jolly old St. Nick.

Here are some of the best letters, and maybe you’ll even see your own! 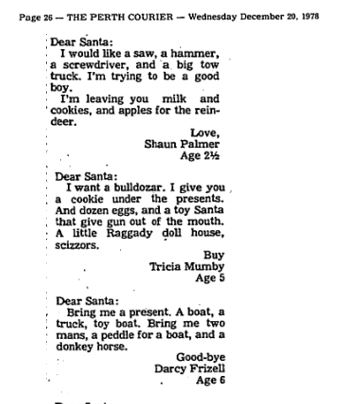 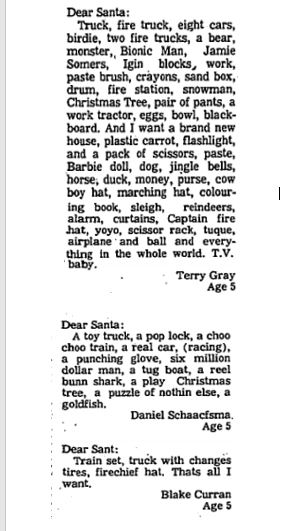 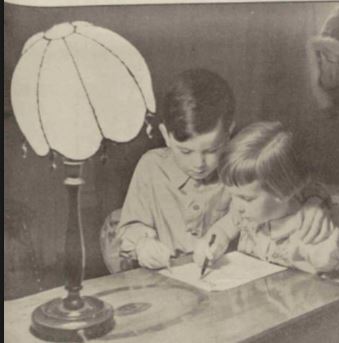 Sometimes we needed help from an older brother or sister to make sure that our letters were written as clearly as possible!

We also had to make sure that we wrote the correct address for the ‘North Pole’ and walked it down the lane, and set it carefully in the mailbox! 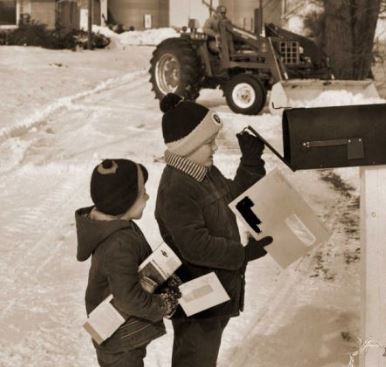 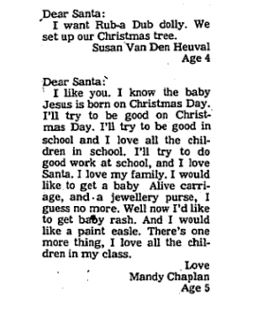 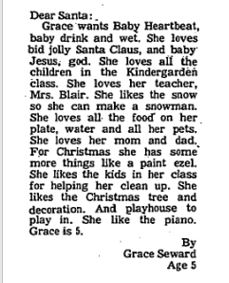 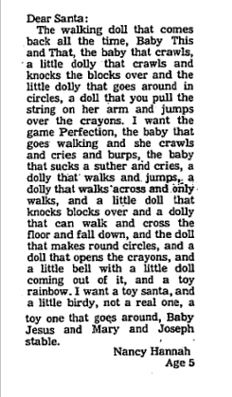 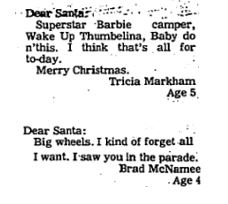 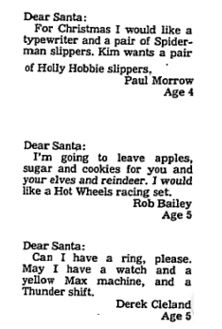 from “The Perth Courier” 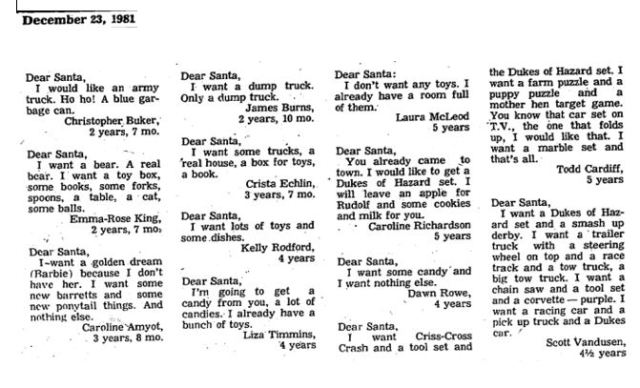 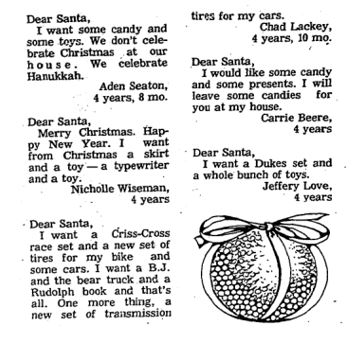 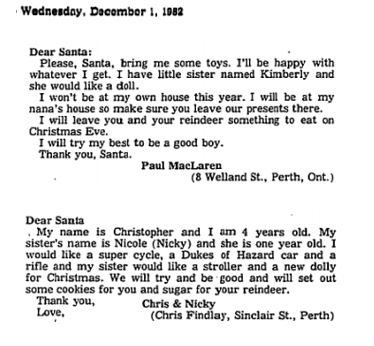 …..and some of the letters were from kids in the country.

These ones are from Glen Tay: 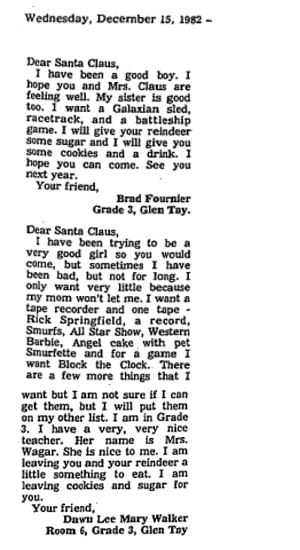 This little guy even admits to being a little bit bad! 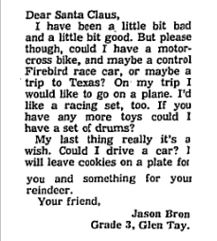 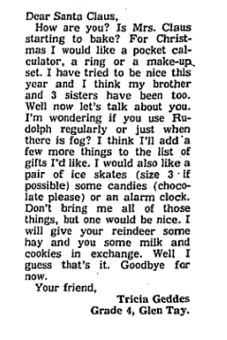 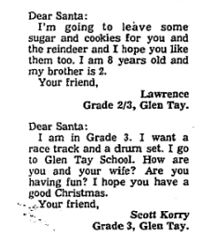 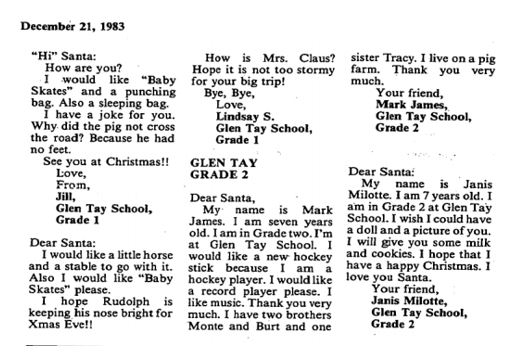 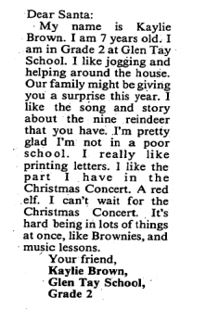 ….and from the kids at Drummond Central: 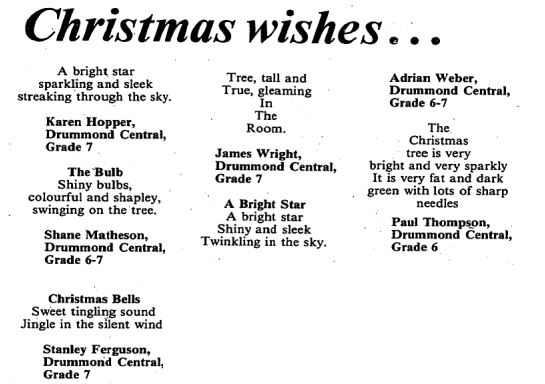 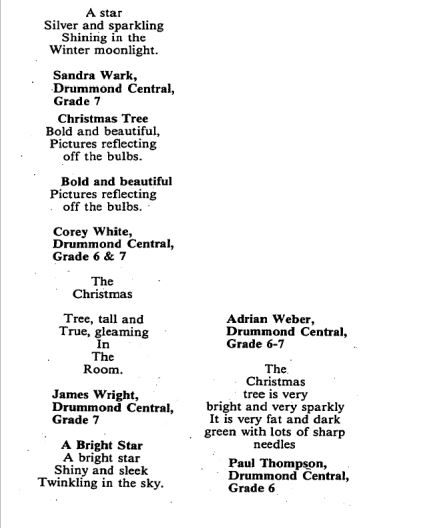 …and some more letters to Santa from Glen Tay: 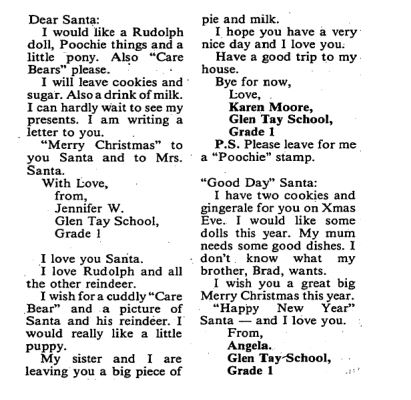 …and little Debbie even included a lovely sketch for Santa: 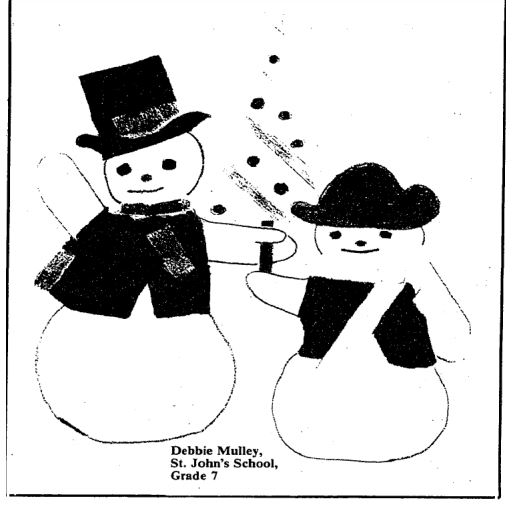 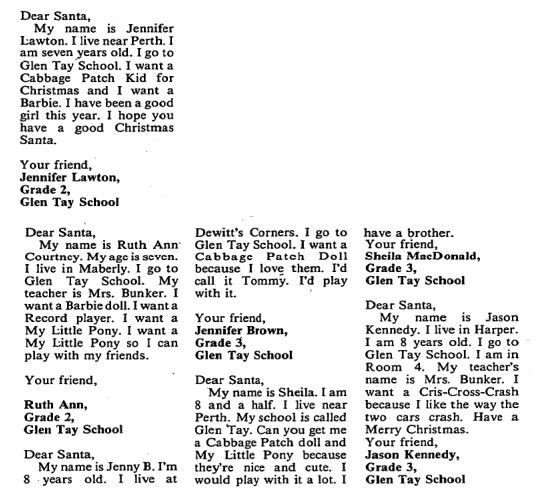 1983 letters to Santa from the Perth Daycare Centre

Many of us recall the column called ‘The Private Eye’, and some of the interesting tidbits of news from around Perth that was published each week.  In December of 1983, some of the wee tots at the Perth Daycare Centre wrote to Santa, and the Private Eye had a few favourites! 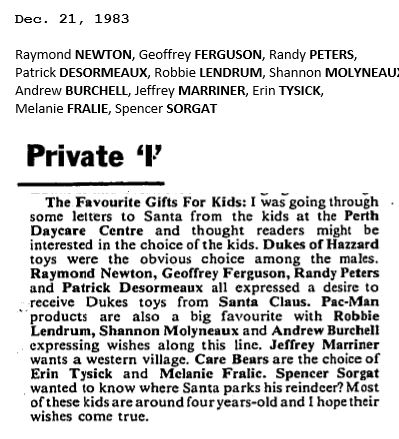 Another letter to Santa found in a battered old shoe box, many years ago, written by a little girl, who only wanted one thing for Christmas…

Dear Santa:  I live on the Third Line, not far from Christie Lake.  We live in a red brick  house, between Glen Tay and DeWitt’s Corners.  I hope you can see it from the sky on Christmas Eve.  It’s right across the road from George and Merle Korry’s farm, and between Perkins’ and Mitchell’s farms.  I have been very good.  I got a sticker this year from my Sunday School teacher, Betty Miller, for good attendance, and I try to be good at home, and sometimes I help my mother in the kitchen, and help Dad outside when he needs me.  I would like a Beautiful Crissy doll please.  She has long red hair and an orange dress.  Please bring a Davey Crocket hat for my brother Roger, new skates for Judy and Jackie, and some books for my brother Tim.  I will leave some carrots for your reindeer.

Always remember to leave a nice snack for Santa.  It’s a long night, and he works very hard. 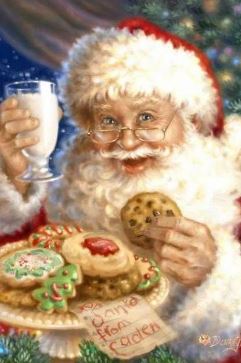 …….and guess what the little girl found under her tree Christmas morning? 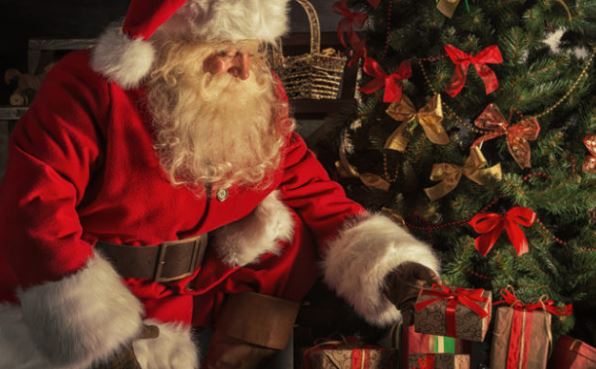 …..the doll she asked for in her letter to Santa! 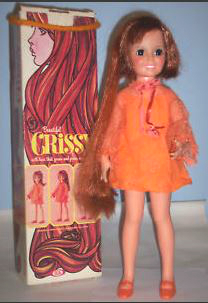 A reminder to all of us that Christmas Wishes really do come true! 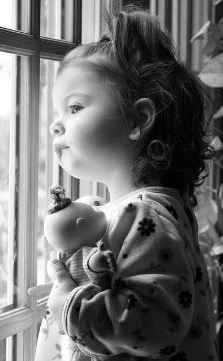 …and whether you’re young, or not-so-young, whether you write a letter to Santa, or just look up into the clear winter sky, and wish on a star,

Always believe in the magic of Christmas! 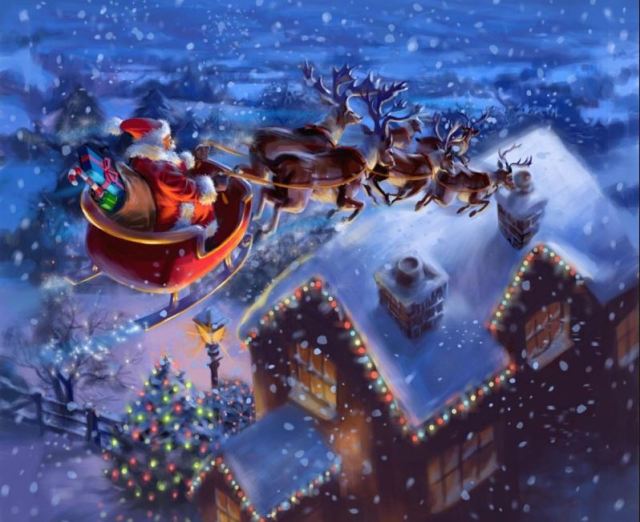