View of the hay field in front of the Stafford House, with Korry’s farm in the background

By June each year, the hay was tall enough for the first cut of the season. When early summer is upon us, I’m reminded of the sweet, green scents of the fresh cut hay lying in the fields.

By this time in June, the delicate pale shades of spring had come into their full summer greens.

Back: Jackie Stafford Wharton, Ron Waterhouse, Judy Stafford Ryan, Front: Arlene Stafford-Wilson in front of the old barn. That section of land was sold in 1961, and  old barn was torn down by Chris Perkins shortly after the fence went up. The barn was located approx 50 ft.N/W of the garage that stands now, built in 1965.

The heat bugs, crickets, and bullfrogs sang their songs back in the lowlands, behind the old house.

The hot sun warmed our bones, and the long, hazy days were rich with humidity.

Days were always busy this time of year, and local farmers hauled their wagons, and chugged up and down the Third Line, like a great hay parade passing by.

Arlene Stafford-Wilson with Roger Stafford, and Roger’s dog, Mike, in 1963, on the west side of Stafford House 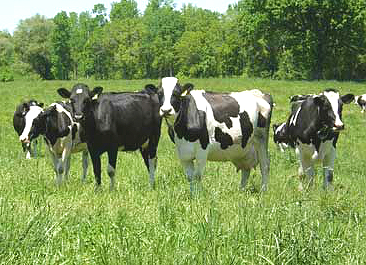 We were often tempted to stop by the local general store for an icy cold bottle of pop, or maybe buy a popsicle and split it with a friend.  Owners, Jim and Helen Cavanagh were always there to greet us with a kind smile, and have a chat about the local news around DeWitt’s Corners.

Sometimes it was so hot by late June that even Shep, Cavanagh’s dog, would curl up beside the millstone outside the store, and take a break from the heat.

The unmistakable fragrance of the newly-cut-hay was all around us.   For anyone who has ever lived in farm country, it’s a fresh, green scent that could be bottled-up as perfume, and called ‘Summer’.

It was always nice at the end of a long, hot day to cool off in the Tay River, at Carl Adams’ swimming hole. 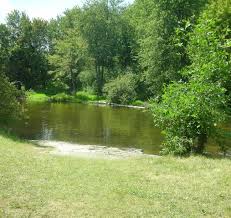 Just a quick ride on our bikes, and we’d be there in no time at all, jumping in, splashing each other, laughing, cooling off after a long, hot day in the Lanark County sunshine.

Or sometimes, we’d ride our bikes up the Third Line and jump off of Jordan’s bridge, into the cool waters of Christie Lake.

Now that summer is officially here, it’s nice to remember the sights, smells and sounds of the farm country, and how the longest days of the year seemed to go on forever……………

Photo:  Korry’s farm –  farmed by Andrew, Ethel Korry and later by their son George and his wife Merle. 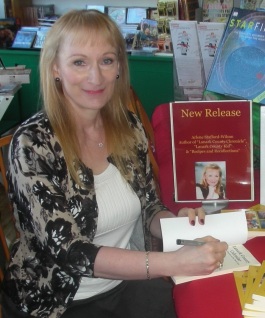