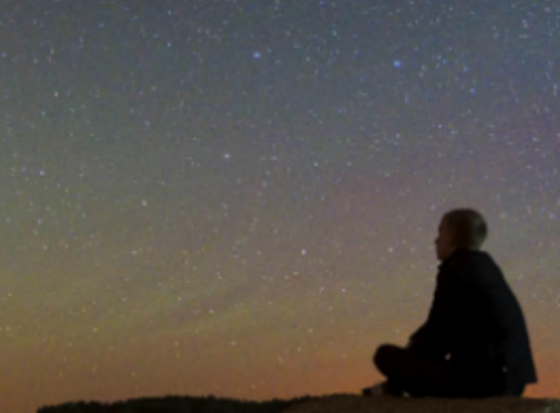 It was one of those sweltering hot summer days in August when most people preferred to stay inside and try to get a ‘cross-breeze’ flowing through their house, for a little relief.  Even my friends Debbie and Jane, who loved to lie outside and work on their tans; decided it was even too hot for that.  Debbie lived down the road at DeWitt’s Corners, and we were visiting our friend Jane, as we often did, relaxing in their living room, and fanning ourselves with some magazines to keep cool.

We had a stack of ‘Tiger Beat’ teen magazines, and were going through them page by page, picking out the cute guys.  Donny Osmond was often one of the stars splashed across the front cover in those days.  Donny and his brothers might as well have been from Mars – five brothers with enormous, perfect teeth, wearing white fringed jumpsuits, and white leather boots.  It definitely wasn’t a sight you would have seen on the Third Line – not even up at Christie Lake. Sometimes at the lake we saw tourists from Pennsylvania or New York, who were dressed a little fancier than the locals, but that was about the extent of it.  No, we never saw any lads in white jumpsuits around Perth.

Another head poked into the room – it was Patti, from next door.  Patti announced breathlessly, that she’d heard there was going to be a meteor shower that evening, and she thought we should all stay up to watch it.   Hmm, I thought to myself, – it wasn’t like I had anything better planned.   I could stay at home tonight with Mother and Dad, and watch ‘The Tommy Hunter Show’, or see a meteor shower with my friends.  That was an easy decision.

So, where were we going to watch the meteor shower, and by the way – what exactly was a ‘meteor shower’?  Patti explained that it was thousands and thousands of shooting stars falling all at once, and that it would go on for the entire night.  She said we could set up an area in her front field, bring some snacks, and make an evening of it.

We began to make plans for what sort of supplies we’d need to stay up all night in Jordan’s field.  Debbie suggested that we should have some music.  She had just bought a new album by Deep Purple called ‘Machine Head’, and we all loved their song ‘Smoke on the Water’, so she volunteered to tape some songs from that album, and also some songs from a couple of albums I had at home.  I said I’d ride my bike home and bring back Elton John’s ‘Goodbye Yellow Brick Road’, and my Eagles album.  Everyone liked Elton’s ‘Honky Cat’ and ‘Rocket Man’ and the Eagles ‘Witchy Woman’ and ‘Take it Easy’. They’d be perfect for our night of stargazing.

I was home in no time, grabbed my albums, threw them in a bag, and off I went on my bike, back down the Third Line to DeWitt’s Corners.  I had some money left over from my birthday, so I stopped at Cavanagh’s store, and went inside to pick up a few treats for us.  I didn’t have that much money, so my choices were a bit limited.  Helen Cavanagh was working behind the counter as usual, and was asking how the family was.  She always made a point of asking about Roger in particular – likely because he had been such good friends with their son Bill.  We were talking about how hot it was outside, and it was nice to be inside the store because it was a lot cooler in there.  I picked up a bag of black liquorice twizzlers; I didn’t see any of the strawberry kind; and then I grabbed a bottle of Pure Spring Cream Soda, and a bottle of Tab.  After paying, I still had a bit of change left, so I spent the rest on Bazooka Joe Bubble Gum, stuffed it into my pocket, thanked Helen, and headed out of the store.

We all met at Patti’s- Jane, Debbie and I, and gathered up our stuff – our snacks, the tape recorder to provide the music, and we also had a pair of binoculars, although I don’t remember where they came from, and we headed out to the middle of Jordan’s front field.

It was a beautiful night.  There weren’t too many nights of the year in Bathurst Township that were warm enough to stay outside all night, but this was definitely one of them.  It was one of those perfect August evenings – it had been a little too hot during the day, but now that the sun was sliding down below the horizon, it was likely still around 75 or 80 degrees.

We grabbed a quilt from Patti’s house, carried it outside, and spread it in the field.  We were about halfway between the house and the Third Line.  We wanted to be far enough away that our music wouldn’t bother anyone in the house.   Patti went into the house and brought out four bowls of spaghetti.  That was one of her favourite dishes to cook for guests, and she had definitely perfected her sauce.

Debbie had been fiddling around with the cassette player and had got the music going.  By then, it was really dark, and it seemed like all at once, we started staring up at the sky looking for meteors.  We were asking Patti what time the meteor shower was supposed to begin.  She said she wasn’t sure – which didn’t get a very positive reaction from any of us, but she never claimed to be an astronomer, so we’d just have to wait and let nature take its course.  It wasn’t too long after that we began to notice falling stars, one after another, sometimes in clusters; they almost looked like they were raining down.

We stared at the sky for hours.  We talked about school for a while.  Debbie and I were graduating from Glen Tay Public School that year – Patti and Jane had one year left to go.  We all wondered what it was going to be like to be at the Perth High School.  Patti’s older sister Janice, was already there, and so Patti knew a bit about what it was like.  It was going to be very different for all of us to be in such a large school, and also to be in Perth all day, instead of out in the country.

It was getting late. The stars were still falling, streaking through the sky – it was really something, and I for one, had never seen anything like it.

Patti went up to the house, and when she came back, she said it was three in the morning.  We were all getting tired.  Jane and Debbie decided to pack it in and go home, so they grabbed their stuff, and headed up toward the house to retrieve their bikes.  Patti and I watched from the field as they rode down the lane, and turned up the Third Line, giving us a wave as they headed home.   Well, we might as well go inside too.  We picked up the corners of the quilt, carried our stuff in, and headed up to Patti’s room.  I don’t think it was very long before we fell asleep.

The next morning, I got up, picked up my bike out front and headed home.   It was Sunday morning so I would be expected to get ready for church.  I got home, walked into the kitchen, and Mother asked if I’d had a nice time at Patti’s and I said that I had.  I went upstairs, had a bath, and put on a dress for church.

In the car on the way up the Third Line, heading for Calvin church that morning, Mother had the radio on, and was listening to the news.  The weatherman in Kingston was talking about the meteor shower the night before, and what a ‘spectacular’ sight it had been.  I didn’t want to say that we had sat out in Jordan’s field all night watching it, because I didn’t think Mother would be very impressed, so I said nothing.

Many decades have passed since our ‘meteor shower’ get-together, but I’ve since discovered that meteor showers occur regularly, are visible in most parts of Eastern Ontario during the summer, and they almost always are at their peak during August.   In fact, on the local news this past summer, the weather forecaster, spoke about the ‘Perseids’ meteor shower.

Naturally, when I heard the words ‘meteor shower’ my ears perked up. I hadn’t thought about the meteor shower for years.   They went on to say that the Perseids meteor shower had been observed for almost 2,000 years.  They said that the meteor shower is visible from the middle of July and the peak is usually between August 9th and the 14th each year.  It was their next statement however, that almost made me fall off of my chair.  They stated, “August 12th, 1972 is reported to have been the most active shower in recorded history.”

August 12, 1972?  I was speechless.  According to the weather forecaster we had witnessed the most ‘spectacular’ meteor shower!  Well, it certainly was a night to remember – the pitch-black sky out in the country, some great friends, some good music, and the most active meteor shower in recorded history, long ago, in Jordan’s front field.

This story is dedicated to the girls who sat with me, on a quilt, in Jordan’s front field, on August 12, 1972, :  Patti Jordan, Debbie Majaury, and Jane Munro.

Thanks for the memories my friends!

(an excerpt from ‘Lanark County Kid: My Travels Up and Down the Third Line’) 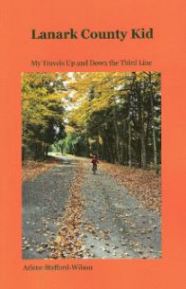