The tail-end of winter dragged on like my math class at Glen Tay School, and I’d seen quite enough snow for one season.  I kicked at the chunks of ice, as I trudged down the lane-way, to wait for the bus on the Third Line. I stood there cold and shivering those dark mornings, in early March. I could still taste the remnants of the bitter cod liver oil that Mother insisted we take every morning in the winter. I couldn’t even remember what it was supposed to do for us. It sure didn’t make me feel any warmer. I stared up the Third Line toward DeWitt’s Corners, and strained my eyes to see if the bus was coming. It wasn’t.

My teacher, Mrs. Conboy, told us that if March “came in like a lion” that it would “go out like a lamb”. I wasn’t really sure what she meant by that, but if she was talking about the weather, March, that year, had come in more like a ferocious white dragon, and had dumped another foot of snow on our yard. Just what we needed; more snow for my brother Roger and I to shovel after school.

Despite the fact that we’d tapped the trees, and had a nice jar of maple syrup sitting on the kitchen table, it really didn’t feel any warmer. I kept staring down at Mother’s flower bed still heaped with snow, wondering if those perennials would ever come up again. The only flowers I’d seen since last fall were the glossy photos in Mother’s tattered copy of McConnell’s Seed Catalogue. Lately, she’d been sitting at the old kitchen table in the evenings, staring at the pages of that seed catalogue as though it contained the secrets of the universe. Maybe she was dreaming about her flower beds; planning which seeds she’d plant, if those mountains of snow ever melted.

One of the things making me grow weary, and impatient for spring, was wearing boots. Put them on; take them off…on and off, off and on, month after snowy month. I’d been stomping around in boots since last November. It seemed like I was always weighed down with hats, and mittens and scarves and sweaters. No wonder some of the animals slept through the winter. It didn’t seem like such a bad idea on days like this. Maybe next fall I’d fill up a great big sack with Mother’s chocolate chip cookies, eat them until I passed out, and wake up again in the spring. If the black bears that lived in the bush near the train tracks could do it; why couldn’t I? 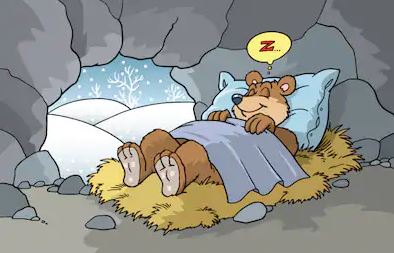 The weeks passed by and one night, after supper was finished, we were attempting to watch the news, on the old black and white television in the living room. Dad was standing over the set, moving the ‘rabbit-ear’ antennae back and forth, trying to get a clearer picture. Great, I thought to myself, there’s even ‘snow’ on the TV. Dad continued to fiddle around with the knobs at the back, and kept adjusting the antennae until he finally got a reasonable looking picture on the television. After Dad turned up the sound I heard the most beautiful words I’d heard for a long time. The man reading the news announced that Daylight Savings Time would be starting this Sunday morning. 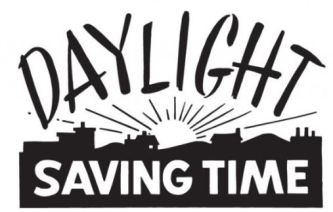 Dad remarked from the comfort of his lazy-boy chair, that it was none other than Ben Franklin, who invented daylight savings time. At that point, I didn’t care who had invented it; I was just happy to hear that it was beginning soon. Mother said she’d have to remember to turn her alarm clock back on Saturday night before bed, so we wouldn’t be arriving late at Calvin Church on Sunday morning. Mother also said that it was going to be difficult getting up for school the first few days next week, because I’d really be getting up an hour early. I was so happy to hear the news that I would have gladly gotten up three or four hours early, just to have that extra hour of daylight after school.

I’ll never understand why some of those Lanark County winters seemed to drag on forever. Frigid days of boots and snow, and cod-liver oil, and days too cold to play outside, went on and on. Of all the seasons in the year why did the worst one last the longest? It reminded me of the way that we had to finish all of the vegetables on our plate before we’d get any dessert. Every scrap of broccoli, every mound of mashed turnip, every morsel of creamed corn had to be consumed before we’d get a slice of Mother’s moist, delicious chocolate cake. 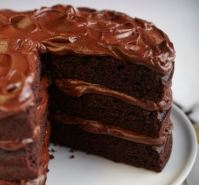 So, maybe winter was the ‘vegetable’ part of the meal. Something we had to work our way through, before we got to the good stuff. It was something often mushy, just like the snow; sometimes bitter, like the cod-liver oil. Sometimes it was cold, like the broccoli that often sat on my plate until the end, when I couldn’t avoid it any longer. Spring was like the reward for suffering through the long winter; just like eating the chocolate cake after enduring those awful vegetables. I wondered to myself if spring would seem as sweet if we didn’t have to tolerate the long harsh winter first. After all, I knew for sure that after consuming a plateful of tasteless green mush, nothing could compare to the heavenly chocolate flavour, and sweet rich icing, on our Mother’s cake, still warm from the oven.