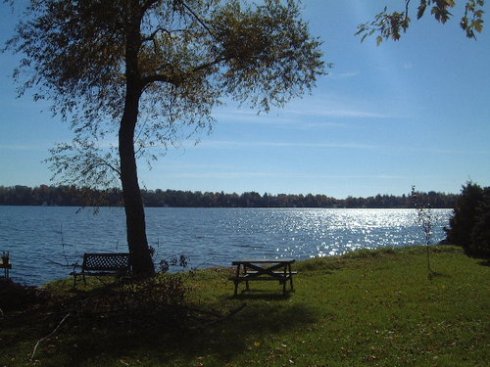 “Then followed that beautiful season… Summer….
Filled was the air with a dreamy and magical light; and the landscape
Lay as if new created in all the freshness of childhood.”

Suddenly in July the signs of summer were all around us.  It was almost as if someone had turned on a light switch and wiped out all of the evidence of spring.  June was a quiet hesitation; a promise of things to come, but July was an absolute statement with no uncertainty.  Summer was here, like it or not.

Although some people relied on the transformations in nature to assure them that the season had changed, I watched and waited for specific signs in our Mother’s kitchen.  In fact, there were several signs and they couldn’t be isolated, but had to take place in unison.

First, there had to be a pot full of at least four or five eggs boiling away on the old stove.  This meant that a potato salad was in the works.  Next, the red plastic table cloth had to be out of the kitchen drawer and folded, laying on the step-stool.  The plastic jug had to be sitting in the fridge chilling with a fresh batch of either grape or orange Freshie up to the brim.  If I saw a dozen homemade rolls in a re-cycled bread bag, ready for transport that was the clincher.  There was going to be a picnic at Silver Lake.

Once the cooler was filled, towels would be brought downstairs from the linen closet and folded and stacked on top and carried out to the car.  The trunk of the car would be open and Dad would be loading his little green metal Coleman stove and a couple of lawn chairs.  A beach ball or maybe a couple of water toys might be thrown in for good measure and the overloaded trunk closed firmly.

It wouldn’t be until I saw the preparations for that first picnic of the year at Silver Lake that I would be convinced that summer had finally arrived.  All of the changes in nature leading up to that would be just a foreshadow of things to come.  When the cooler was filled and the little green stove packed in the trunk then I knew for sure that a picnic at the lake was in my near future and that the long awaited summer  season was here at last.

2 comments on “Signs of Summer”